Confused trying to figure out how to shift your circadian rhythm forward or backward?

It’s called the “HumanCharger”, and you can now get it here and use code “BFITNESS” for 20% off.

A company called “Valkee“, based out of Finland, spearheaded much of the research Ben outlines in that article about on the ear’s ability to detect light, and they’ve specifically investigated how light shining directly into your ears can do things like treat jet lag, assist with morning wakefulness, and shift circadian and sleep rhythms forwards or backwards.

The result is the new “HumanCharger, which is a sleek portable device, about 1/4 the size of a cell phone and 1/2 as thick.

Here’s how it works:

1) You put the earbuds in your ears.

2) You push the one, single button in the middle of the device.

3) The lights automatically turn on, shine for a total of 12 minutes, then turn off.

You don’t feel a thing in terms of actual warmth or sensation, although you immediately feel a slight surge of alertness when you turn on the device, and during the entire 12 minutes that the protocol is running. This is the same sensation you would feel if you step outside into the sun, or suddenly switch on a light in a dark bedroom. It is kind of a novel feeling, since you never really think of the inside of your ears as being able to “see” light.

So what are some ways you can use the HumanCharger? Here are some of Ben’s personal suggestions:

First, exactly according to the instructions from Valkee, for the 1-3 days before I travel from East to West across multiple time zones, I do 12 minutes of the light protocol when it’s morning where I’m going. So if I want to be wakeful at, say, 7am in the West, I’ll use the light at 10am in the East.

Then, when I’m in the West, I simply blast the light in my ears for 12 minutes either when I wake up or while I’m sitting drinking coffee and checking my emails.

So far, with this technique, I’ve used the HumanCharger for three separate trips and experienced absolutely zero jet lag on any of the trips. My only regret leading up to writing this article is that I have not yet had a chance to use the HumanCharger for an international flight, but I have a whole slew of international travels coming up this fall during which I plan on using it to avoid all the grogginess, food cravings, and decrease in cognitive performance that happens when crossing a significant number of time zones.

Next, I’ve had two races for which I’ve had to wake up 1-2 hours before my normal waking time. In both instances, I’ve instantly eliminated the normal grogginess from getting up earlier than usual by simply using the HumanCharger as soon as I wake up in the morning.

Next, on two separate occasions, I’ve taken out the HumanCharger on a sunless day and used it just after lunch, when afternoon sleepiness and mild amounts of seasonal affective disorder would normally set in. Both times, it’s completely eliminated the need for a nap, and although it could certainly be a placebo effect, seems to lift my mood, focus and cognitive performance as well.

I’ve also had several times since getting my HumanCharger that I’ve gotten into a pattern of waking up at about 5:30AM, when I’d rather sleep until 6:30AM. Each time, I’ve pulled myself out of that pattern by getting up at 5:30AM, avoiding any sun exposure, then at 6:30AM (the time I’d rather be waking up), putting myself through the HumanCharger protocol. So in this way, I can shift my circadian rhythm forwards, or backwards.

Finally, although I haven’t yet had the opportunity to use it for this purpose, the HumanCharger could be used when you’ve traveled to, say, the West. Let’s say you have a party, a dinner, a social event, a conference, a speech, a meeting, etc. at 7pm, which for you, if you come from the East, would be, say, 10pm. You could use the Human Charger beforehand for a quick blast of energy as an alternative to caffeine or some other stimulant. However, I’ve actually avoided using it in a situation like this, since I don’t really want to shift my circadian rhythm too far forward in the evening. I just like my sleep too much.

Oh yeah, one other thing…there’s an app too.

The HumanCharger App (click here for iOS, click here for Android and click here for Windows phone), tells you the exact best times for your 12 minutes bursts of ear light, based on your origin and destination time zone, including the option for getting these instructions via push notifications. It integrates with travel sites like TripIt, so you don’t need to enter again the details of any of your trips. This means the app can grab your flights from TripIt and tell you exactly when to use your charger. It also has a nifty time zone difference visualizer on it.

We’ve also negotiated a 20% discount code for you for The HumanCharger. Use code is “BFITNESS” at checkout. 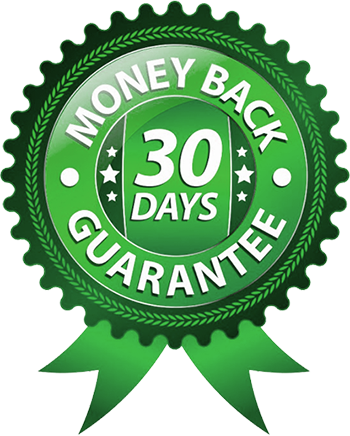