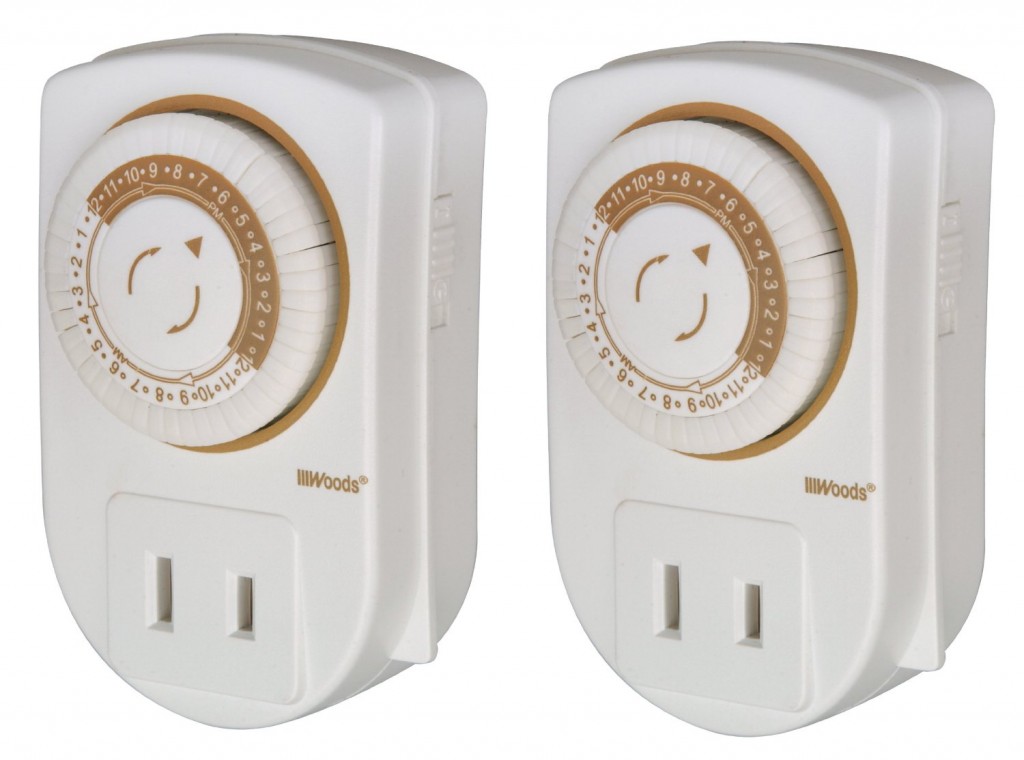 Let’s cut straight to the chase: I probably don’t need to fill you in on the concept that there is great potential for constant exposure to electrical pollution, electromagnetic fields (EMF), WiFi routers, cell phone signals, cell phone towers, microwave radiation, etc. to maybe not be the best thing for your body. Sure, this can be a hotly contested topic, but the purpose of this article is not to open the can of worms about whether or not EMF is unhealthy or to cross your eyeballs with how research seems to go back and forth on the topic. Instead, based on the assumption that you’re reading this because you’ve decided that you want to play things safe and pick up at least a few practical tips to limit your exposure to EMF, I’m going to fill you in on how to hack electrical pollution out of your environment.

And yes, I personally use everything you’re going to read about, and I’ve chosen the items below because they’re either inexpensive, easy-to-implement, or both.

Here’s why I like this option: an electrical outlet timer allows you to set a specific time for something you have plugged into an outlet to turn on or off. So let’s say, for example, that you’ve committed to turning your WiFi router (one of the most concentrated sources of EMF in your home or office) off at night, but you keep forgetting to do it. You simply plug an electrical outlet timer into the wall, you set it to go off at 10pm then back on at 6am, and you’ve suddenly automated the entire process. Total investment: $10-20.

An Ethernet cable is the cable that links your modem/router to your computer and provides you with a hardwired internet connection. In my home, I’ve actually run metal shielded Cat 6 Ethernet cables throughout the wall construction of every room. This means there is zero need for any wireless signals sent out by a WiFi router, since I just plug my laptop or computer into the wall outlet when I need to connect to the internet. Slightly inconvenient? Yes. A huge reduction in signals bouncing around my home? Also, yes. Even if you can’t rip open the walls of your house and install cables, you can at least purchase shielded Ethernet cables (as long as 50 feet long) that you can run from your WiFi router to your computer, then turn the radio signal on your WiFi router off (typically done by logging into your WiFi router admin panel, a process for which instructions are often written on the back of your router). Since even an Ethernet cable can be a source of electrical radiation, your should ideally be shielded, and I recommend buying at least Cat 6a SSTP (screened shielded twisted pair) Ethernet cable. Total investment: $15-30

Before you learn about why you’d want to use something like a negative ion generator, it’s important to understand what an ion is. Ions are atoms or molecules in which the number of electrons is different than the number of protons. In other words, an ion can be negatively (more electrons than protons) or positively (more protons than electrons) charged.  Negative ions appear in natural settings in greater numbers than positive ions. For example, negative ions are generated by moving water such as rivers, waterfalls, crashing waves, and even showers and fountains. Plants also produce negative ions, especially when exposed to intense light during photosynthesis. But for ultimate convenience in your home or office, I highly recommend a negative ion generator. Simply plug it into the wall and it will enrich with negative ions your stale office or home that is most likely supercharged with positive ions from computers, WiFi signals, cell phone signals, etc. Especially if you’re stuck inside all day, a negative ion generator is worthy of serious consideration. Total investment: $20-30 (unless you decide to invest in the ultimate home or office purification unit – a HEPA air filter with a built-in negative ion generator, which is closer to $150-300).

If there’s one thing that makes me cringe, it’s seeing a man or woman sitting with a laptop on their crotch, literally heating and radiating what are in my opinion relatively important organs. This can be easily remedied with some type of laptop pad that blocks radiation and heat. Simply place one of these under your laptop to shield your skin and organs from heat and radiation emanating from the computer. Total investment: $40-100.

Each room of my house is equipped with a Greenwave dirty electricity filter, and here’s why: any two houses in the same neighborhood can have the same 110-230 volts running through their internal wiring system, but the quality of electricity can vary by multiples of 10 or even 100, and these variations exist because of brief irregular changes in the voltage, which are known as transients.  Transients can be caused by external sources such as cellphone towers, or by internal sources, such as your own household appliances. An electrical filtering system is a means of transforming dirty electricity back into power by filtering out electromagnetic pollution in your power supply that is in the range of 4 to 150 Khz (these are some of the more dangerous ranges) If you live in an urban area, you have a lots of electrical appliances in your home (refrigerators, washer, dryer, oven, etc.) or you live in proximity to a cell phone tower, a pack of dirty electricity filters are a good idea, and they simply plug into each outlet in your home. Total investment: $50-150

If your laptop only has two pins on the charging cable it is not grounded when you are using it, and this means that when it is plugged in, it can increase your body voltage when you are touching any part of the compute (body voltage is voltage measured between your body and the ground. Some laptops, such as MacBooks, do use 3-pin plugs, but not all. If you have a laptop with a 2-pin electrical plug, then you can use a grounding cable. This plugs into the USB port of your computer and then, via a 3-pin connection, the electrical outlet. Total investment: $8-20.

After I’ve been sitting on an airplane all day traveling, or if I’m headed out for a trail run and I want to experience a surge of negative ions, or if I’m going somewhere where being barefoot could be considered gross or unfashionable, I use Earthing footwear. These are special sandals or shoes that are built with copper inserts and conductive laces which ground you electrically by allowing electron transfer from the planet Earth directly to your body, allowing you to combat the effects of positive ion exposure, radiation, and electrical pollution. I personally use a brand called Earth Runners for Tarahumara  style minimalist running sandals, and another good company for Earthing footwear, including shoes, is “Pluggz”.

It’s very difficult to block EMF from your cellphone, because for your cellpone to work, it must radiate, and the microwave radiation emitted by the phone must reach a cell tower, while the emissions from the cell tower must reach the phone. So when it comes to shielding your cellphone, the trick is to allow this communication to take place, but to minimize the amount of radiation that is “wasted” by being absorbed by the your body. One way to accomplish this is via the use of an airtube headset, which allows sound to travel in hollow tubes and allows you to keep the cell phone away from your head. But another method is to place a shield between the phone and your body. There are several styles of cellphone shields which block the emitted radiation on one side of the phone, and you should have that shield on the side of the phone between the phone and your body when using the phone or when the phone is in your pocket or purse. The shield should be at least as big as the phone, since the entire phone radiates, and not just the antenna. Brands will vary based on the model and size of your phone. Total investment: $20-50.

If you’re going through all this trouble, it makes sense to actually measure the effectiveness of your EMF blocking efforts. I have a podcast on BenGreenfieldFitness.com called “How To Hunt Down And Destroy Hidden Health Hazards In Your Environment.”, and it’s an interview with the creator of the MyLapka, a small device that can measure nitrates in food, microwave radiation and electrical signals in a room, nuclear radiation, humidity, temperature, etc. While the MyLapka is a handy piece of technology to play with, you can also go for the gold standard in accuracy and get a Tri-Field EMF Meter or Gauss Meter that allows you to measure the amount of electrical pollution in any room or near any outlet, and that can also be modified to measure your body voltage when you’re standing on or near electrical appliances, or you’re measuring whether something is actually affecting your body’s electrical rhythms.

That’s right. Why not safe the best for last and talk about EMF blocking undies, eh? The fact is, most of the electrical pollution shielding aprons, pants, shirts, etc. out there are unfashionable and downright ugly. And while the boxers and briefs that are lined with radiation shielding fabrics are also nothing to brag about in the fashion department, they are at least mostly hidden, most of the time. So when your cell phone is in your pocket or your laptop is in your lap, you’re at least getting a little bit of extra protection for your gonads. Brands and styles will of course vary, but especially for you guys out there, this may be about the most you ever spend on a pair of boxers. Total investment: $50-100.

Author Ben Greenfield is an 11 time Ironman triathlete, Spartan racer, human performance consultant and podcaster at BenGreenfieldFitness.com. He resides in Spokane, Washington with his wife and twin boys, and has written the “How To Biohack The Ultimate Healthy Home” book, which you can find now at GreenfieldFitnessSystems.com.